You Don’t Own Me – Final 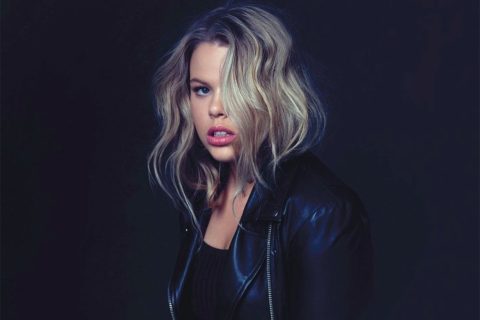 Hello everyone. Thank you for tuning in. My name is Marina and I will be discussing You Don’t Own Me – how Lesley Gore’s 1960’s Second wave feminism pop hit translates to today and the revitalization of the 2016 version that Grace did with the original producer

Not just one of your many toys….

So where does YDOM fit into all this? When YDOM came out it was very different than a lot of songs of the time and very interesting. So not only do you have this 17 year old girl coming on the music scene and saying you don’t own me, I’m not just one of your many toys but the sound of the music is totally different and the context really aligns with what was happening with feminism at that time. Women were finally starting to receive autonomy of their bodies, with the introduction of the 1963 oral contraception pill and autonomy of their professional lives and really enter the workforce which created the Equal Pay Act which was also enacted in the 1960’s. So a young woman, even a young girl, speaking to such a wide audience, saying “I’m my own person” was really profound at the time.

“You Don’t Own Me” – Lesley Gore intensifies and then fades.

And she was doing so in a way that the song didn’t sound like all of the of the hits sung by the other young women her age. The song had a moody undertone, it kind of sounded a little creepy in the beginning. It really was shocking in its creation.

“You Don’t Own Me” – Lesley Gore music intensifies and then fades.

And now currently, so Grace’s version of You Don’t Own Me came out in 2015 and really became popular in 2016 through the movie Suicide Squad. The song was used in that movie and that’s what really propelled the song forward into the popular music scene. However, we really cant disconnect from the fact that the revitalization happened during the revitalization of the fourth wave of feminism.

And the fourth wave of feminism is happening right now. There really is no clear start date from when this happened compared to the second wave of feminism. But people tend to think that it began around the early 2010’s and this wave of feminism is really centered around the news, social media to mobilize united women and men and speak against the injustice that are happening for all genders and is creating the ability to create justice for assault, harassment, and equal pay for equal for equal work which is something that it still very present in our society today and furthering the fight on bodily autonomy.

“Yeah you don’t know me is essentially a female anthem um it was done in 64 with Quincy originally produced it and Lesley Gore was the original singer and she was 17 when she recorded it which was the age i was when i recorded it for the first time so it’s kind of this like epic you know power song that’s like motivating and just empowering and on as soon as Quincy said that he wanted to redo it with me I was like ridiculously amped because this thing the song is great and the message is timeless and it shows that people can relate to it 50 years ago and people still relate to it now in 2016 or whatever year we’re in.” – Grace, A-Slides Interview, March 1st 2016.

In that clip of Grace talking, she bring up a few points that I want to address. She mentions that the meaning of the song is timeless of female empowerment but I’d also like to dive in a little bit to how that differs between the 1960’s and the 2010’s for when this song was re released.

Yes, everything does remain the same in that women are still fighting for gender equality however what they are fighting for has changed slightly. Like how I had mentioned earlier with the release of the contraception pill that created bodily autonomy now that women are fighting to continue maintaining their bodily autonomy with MeToo!, Times Up!, as well as supporting and trying to maintain the Roe v Wade Act.

In this segment, Grace also mentions Quincy Jones who was the original producer of Lesley Jone’s original version. At this point, I’d like to stop and mention that this popular song was written by two songwriters, John Madera and David White, both males. Which is a very interesting layer when you take into the context of when this song was created at a time when women didn’t really have many rights in a professional setting that Lesley Gore was almost being used as a figurehead in moving this movement forward yet this song about empowering women was written by two men. It almost makes you wonder if something similar was happening now, with Grace – a blonde-haired, 17 year old being supported by long time men in the music industry. Is this something genuine in it’s approach of fostering female empowerment or is it being exclusive to white women who physically look a certain way. So when taking that into context, it’s very interesting to how even Grace, 50 years later, believes this song is still timeless in women empowerment, yet the people who created it were in fact men.

So when I found out this out, I was a little bit surprised because I thought that Lesley had recorded this herself.

L: Thank you pleasure to be here

M: Welcome to our show profiles. Of course, for our viewers we all know you as a singer maybe not as a songwriter, but you are both?

M: And you’ve over you a course of your illustrious career really you’ve had two dozen chart hits and what I think I would categorize you best for is that you helped create the soundtrack of the 60s.

L: I think that’s essentially true there were very few of female singers at that time not as many as we see now so maybe uh maybe the playing field was a little emptier even a little easier to get hits then but it was a time when the record companies were first beginning to understand that they had a youth market and they were taking full advantage of that and they actually started a marketing young men first because they believed that it was young women young girls who are going to buy records okay so the gals kind of were a secondary thought and there weren’t as many of us, but I think we made an impact…

I hope this podcast would have made Lesley Gore proud and that our discussion today makes you think a little bit more about the songs you listen to, who wrote them, why were they written, how does the artist interpret it, how do you interpret it, and what is the songs actual purpose is out here in the world. No matter who wrote it or who’s singing it, the feminist movement is constantly changing and evolving with the times.

Thank you so much for listening today and I hope you enjoyed this podcast.

You Don’t Own Me – Marina Maida